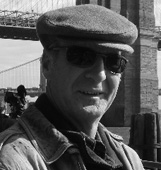 Ever since “talkies” ended the era of silent film in the 1930’s, the location sound recordist has been an integral part of the film production crew. The techniques and equipment have changed drastically since then, moving from recording on wire or vinyl disk to magnetic tape and now onto digital hard drive.

The film or television sound track is an extremely important element in the production process, yet for those outside the industry it can be the most overlooked or unrecognised The best sound track is often a sound track that is not really noticed while you are watching the film, but subliminally drives the story through dialogue, sound effects and music.

In documentary production the role of the sound recordist is especially important and also uniquely difficult. A documentary crew is usually very small, as it was for In the Company of Actors – often just three people (director, camera and sound). Unlike feature films, there are no production assistants to control the sound ‘environment’ for interference like noisy lawnmowers or traffic or, in our case (the bane of all sound recordists), the ubiquitous air conditioning unit. Also, in a ‘real’ situation as distinct from a dramatised production, there are no second ‘takes’, so the recordist must capture the sound clearly the first time.

The shoot for In the Company of Actors presented some unique challenges, particularly in the rehearsal rooms. In Sydney for example, rehearsals took place in the Wharf Theatre rehearsal rooms on Sydney Harbour, in the heat of a Sydney summer. The rooms were large warehouse-like areas with no floor coverings and very loud air-conditioning fans. These fans had to be kept on or the working conditions for actors, directors and crew would have been unbearable. To enable the cast uninterrupted movement, crew remained outside of the marked out ‘stage’ area where the actors and director worked and blocked out movement. We had therefore to find a solution to capturing as much sound as possible without entering the ‘stage’. So, several powerful directional microphones were strategically placed on and around the stage – above a door, on the fireplace, below the director’s table etc – whilst radio mics were ‘planted’ on the set – to “catch” the dialogue of the actors and the director as they worked through each scene.

The interviews in Sydney with all key creatives, were conducted in the very long entrance corridor which runs the length of the Wharf theatre. This allowed the director and director of photography to establish a wonderful depth of field within the frame and allow the presence of a working theatre to be evident behind each interviewee. The interviewees voice was captured on a radio mic attached to their clothing and a boom microphone was held discreetly out of frame as a back up.

During the 1st shoot in New York, which included rehearsals, ‘tech week’, press call and schools Q&A, each different set-up required a different approach to successfully capturing the sound. We were able to apply the lessons we had learnt in the Sydney rehearsal rooms to the rehearsal room at BAM in New York.

Because of their gruelling schedule, interviews with the actors in New York were sometimes ‘grabbed’ between a matinee and an evening performance using radio mics and a boom as in Sydney. One of the rooms where interviews necessarily took place was directly above the New York subway and that ‘rumble’ can occasionally but unavoidably be heard.

The whole performance – from start to finish – was filmed twice. During one of the final dress rehearsals we placed 3 directional microphones behind the first row of seats (so as to be invisible to the actors), in order to clearly capture their dialogue for close-up shots of the actors on stage. When recording the wide shot of the performance we used a locked off camera and deliberately chose to use sound from the camera mic only. If you are sitting at the back of the theatre as an audience member, the quality of the sound you hear is necessarily very different from those sitting in the front row.

When filming the actual performances backstage we adopted a different strategy. It would have been impossible for a 3 man crew to work in the intimate space of the dressing rooms and in the backstage area where actors gather to collect themselves before going on stage. In this instance the cameraman and director mostly operated without a sound recordist and the sound was captured using just the camera mic. Occasionally the director was also able to use a roving radio mic which he had on a small hand held bracket. Where the stage manager was recorded backstage we fixed a radio mic to her control desk again her ‘cueing’ is so crucial to the smooth running of the whole show that we did all we could to remain invisible.

Being a sound recordist can be extremely challenging and also fascinating. It can take you to many parts of the world, into numerous ‘soundscapes’ and into the lives of all kinds of people. One week you might be recording a group of world class actors in the bustle of New York city and the next you can be recording a steam train pulling into Calcutta Station in India, or the chant of Monks in a monastery in Tibet.

Leo Sullivan
Sound Recordist
In the Company of Actors
May 2007