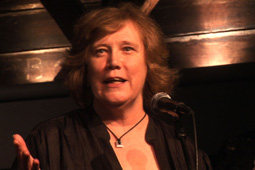 THEATRE: Julie Hamilton’s extensive stage credits include some six years as a member of the State Theatre Company of South Australia for which she performed in some thirty productions, including the role of Eliza in Pygmalion, Isabella in Measure for Measure, and Rosalind in As You Like It. Since then her credits have included for the Melbourne Theatre Company: A Handful of Friends, Wild Duck, The Merchant of Venice, The Perfectionist. For the Nimrod Theatre Company she appeared in Galileo, Travelling North and Are You Lonesome Tonight? For Belvoir Street, Run Rabbit Run, When the Wind Blows. For the Sydney Theatre Company, Hedda Gabler, (2004 and BAM New York 2006) Close of Play, The Lady of the Camelias, No Names… No Pack Drill, The Life and Adventures of Nicholas Nickelby, The Seagull, Pericles and Shirley Valentine (for which she won the Variety Club Award for Best Stage Actress and was nominated for Best Actress Sydney Critics Circle Award and the Melbourne Green Room Award). A Hard God, Mongrels for the Ensemble and S.T.C.

TELEVISION: No Room for the Innocent (for which she won the Penguin Award for Best Drama Performance), The Oracle, I Can Jump Puddles (nominated for a Logie for Best Actress), Come Midnight Monday, Sons and Daughters, The Shiralee, Melba, G.P, Joh’s Jury, A Country Practice, All Saints, Always Greener.