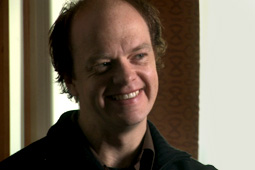 THEATRE: Includes for Sydney Theatre Company: Hedda Gabler 2004 and Brooklyn Academy of Music 2006, Julius Caesar, Major Barbera, A Man with Five Children, for IMG: Chicago, My Fair Lady. For GFO: The Secret Garden. For the Production Company: Hello Dolly, For Queensland Theatre Company: After the Ball, Julius Caesar, Summer Rain, Arcadia, Sweeny Todd, Threepenny Opera, The Shaughraun. For Melbourne Theatre Company: Into the Woods, Assassins. For State Theatre of South Australia: House Among the Stars. Anthony was literary manager at Company B, Belvoir from 2004-2006. He wrote and performed Songs of Madness at the Stables Theatre. Recently Anthony has been on attachment as writer to the National Theatre of Great Britain Studio.

Anthony was awarded the Helpmann Award in 2005 for Best Male Actor in a Supporting Role for Hedda Gabler and was nominated for the 1999 and 2000 Mo Awards for Best Male Artist for Chicago.