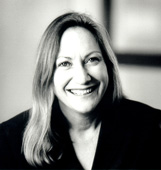 Susan MacKinnon is a passionate advocate for the documentary industry. She has worked as an independent producer for more than 26 years, winning numerous international awards and much critical acclaim for her documentaries.

Susan’s credits include the recently completed feature documentary Paul Kelly – Stories of Me, Life In Movement – the tragic Tanja Liedtke story, winner of the Best Documentary at the Sydney Film Festival, the highly acclaimed The Oasis, and Honeybee Blues, a look at what is killing the bees, winner of the Earth Vision Award -Tokyo. Other films include In The Company Of Actors, Global Haywire (by Academy Award winner Bruce Petty), 4, Over My Dead Body, Men And Their Sheds, Eternity, about the enigmatic Arthur Stace, and You Must Remember, about Alzheimer’s Disease. Susan’s very popular short drama, Fetch, screened at over fifty festivals worldwide, including in Official Competition at the International Festival du Cannes.

Susan was also a founder, and was Director and COO of the Documentary Australia Foundation, established in 2008 to bring filmmakers and philanthropists together to create social change through documentary film. Susan worked to establish this organisation and this has resulted in significant growth in philanthropic engagement in documentary. DAF is unique in Australia with the specialist expertise to assist private funders and filmmakers to effectively collaborate in this emerging area.

From 1998 to 2005, Susan was the Documentary Investment Manager at the Film Finance Corporation Australia, where she assisted filmmakers in negotiating finances for their documentaries. During this time, Susan financed over 400 productions and helped internationalise the Australian documentary industry.

Susan served 6 years as a Board Director for the South Australia Film Corporation (SAFC), was a founding member and served 6 years on the Board of the Australian International Documentary Conference (AIDC). Susan is now a member of the International Documentary Advisory Committee for Hot Docs, Canada and a Committee Member for the ACT Screen Investment Fund.