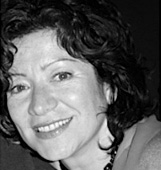 Isabel Perez has been working in the film and television industry for over 15 years, and brings a wealth of experience and expertise as a production manager/line producer. She most recently was the Line Producer for the feature documentary In the Company of Actors. She graduated with a Masters in Producing from the Australian Film Television and Radio School in 2000. Her expertise crosses different genres and media platforms. She has worked on feature length documentaries, feature films, television series, short films, and music videos. Isabel has worked with reputed filmmakers including Alec Morgan, Mitzi Goldman and Gillian Armstrong.