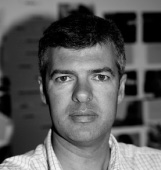 I had wanted to be a stage actor from the age of six. At school and university I auditioned for every role in any play I could find. The results were mixed. If only I had an inch of talent, I may have been able to do something with my passion for acting and my dream of a life spent in the theatre. I failed miserably at my NIDA audition during the mid 80’s, and reluctantly began to concede that I lacked the talent to be a professional actor and, no doubt, the determination, energy, and courage to succeed on stage, night after night.

For years I would dream about what it might have been like to be a professional actor on the stage – although in reality I had little idea about the process of creating theatre. What did it really involve? What goes on in the rehearsal room and behind stage during a performance? Why was it such a mystery?

The rehearsal room is considered such a sacred space – where actors bare their souls to the process, make mistakes, and find their character in the relative safety of the rehearsal room, without exposing themselves to the outside world. Access to cameras is typically forbidden at all times. The idea of filming behind stage during a performance at any level was pure madness.

I have long believed in the importance of theatre as an art form. I feel it is vital for us all to tell stories, even at the most primitive level. In a time of rapid technological development and change, theatre remains the closest thing we have to our traditional campfire stories, which over generations have kept our own history alive. Theatre is raw. Theatre is real, and when it works it can have such a profound effect, and live on in the minds of the audience forever.

Our objective was to make a documentary that would demystify the process of creating theatre. Like any production, theatre evolves over time, and our aim was to capture this gradual evolution on film from the initial rehearsal process through to opening night. The best way to do this was to gain access to a professional theatre company at the start of a new production. No small ask. So we were obviously delighted when the opportunity arose to film the rehearsal process of the Sydney Theatre Company’s production of Hedda Gabler as the cast came together in Sydney, before moving to New York, for a one month season at the Brooklyn Academy of Music.

Through the courage of the cast and production crew, we were given rare and privileged access to see what goes on behind closed rehearsal room doors. This was the opportunity we could only have dreamed of – but with it came the responsibility of creating a film that would capture not only the essence of this rehearsal process, but be of a standard that would match the quality of the theatrical production itself.

Together with an experienced and talented documentary production crew, our aim was to take the viewer on a journey into this unknown world of stage acting and directing, and help break down the barriers that have long separated actors and their audiences. We highlight the commitment, dedication, vision and passion required to produce world-class theatre. We see that theatre doesn’t just happen – that the “magic” is the result of hard work by a hugely talented team of individuals.

During the filming of In the Company of Actors I set out to observe and ask the questions about the process of creating theatre by which I had always been fascinated. Being given access to a very sensitive and private world is one of the great privileges of the documentary filmmaker. In this instance we were invited in by some of the greatest stage actors in the world, who not only opened their rehearsal space to us but in the process also opened their hearts.

I now understand this magical process of creating theatre a little better, and hope audiences who see In the Company of Actors will also have a greater insight into the importance of theatre and how it is made.

Ian Darling
Producer/Director  In the Company of Actors
May 2007