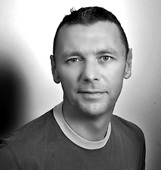 I have always loved the theatre. And the movies.

I have intense memories from my earliest years of times in the dark…where the drama of a particular performance or the vividness of a scene, imprinted itself on my memory. My favourite film of all time is Cabaret. It parallelled tumultuous pre-Nazi Germany with the shadowy world of a seedy nightclub. I was hooked. The work of the cinematographer Geoffrey Unsworth so impressed me, that I saw my calling. Cinematography was it.

The cinematographer has a challenging and rich job, in whatever kind of films they choose to work. My key responsibility is to the Director – to find creative ways to bring the story, whether it is a true to life documentary, or a drama that has sprung from the head of the writer, to its fullest realisation. Giving the same story to any number of cinematographers would result in the same number of very different results. This is part of the magic of film and of collaboration.

I studied for 3 years at Film School in Sydney. My mentor was Brian Probyn, an accomplished British cameraman. He impressed on us the beauty of lighting, and of finding our own unique voice.  I graduated into the industry, and almost by accident, fell into documentary work. This has brought me a rich life of travel to all continents, and the chance to meet a vast range of people from many cultures. I highly recommend the experience! I have shared meals with soldiers of many countries. I have lived with native tribes in New Guinea and Vanuatu, and in aboriginal communities across the vastness of Australia. With my camera, I have been invited into the lives of many proud and extraordinary people. This experience has led me to a particular approach in my work.

When you are filming someone, it is a great privilege. There is an unspoken contract that happens between camera person and subject. I believe that you cannot expect good results from your work, if you are not prepared to honour your subject, and make them part of your process. As a result, I am not interested in “doing a job” on someone. I would not make someone look foolish by something I did in the shooting process. Similarly, a camera person must value his instrument, much as the actor values theirs. I feel that if you treat your camera and your subject with dignity, there is greater possibility of wonderful results.

I had worked with Sally Fryer before, and always loved her approach to editing. This makes a big difference in the way you shoot. In my mind, I am imagining what she will appreciate, and am shooting scenes knowing that she will understand, and bring her particular creative eye and sensibility to the arrangement of the material.

Likewise Leo Sullivan and I had worked together before. The cameraman and sound recordist can help each other out in many ways, both as sounding boards for each other’s problems, and because over the years, they have built up a short hand way of working together. This short hand is invaluable, particularly on location. In unfamiliar surroundings, you need allies.

Ian Darling was a remarkable ally. His touch was a very delicate and diplomatic one with this project. First, he was attempting to enter a sacrosanct and hitherto almost unfilmed space: the rehearsal room. Second, in this case, it was to film a group of extremely well-known actors who value their privacy greatly. We needed to film them as performers, but also in some of their private moments. Our task was to make ourselves as invisible as possible, while still being able to do our job, and record worthwhile scenes of the lead up to the Hedda Gabler season in Brooklyn. We chose the Sony Z1 camera, a mini HDV format which would ensure a camera that was as inconspicuous as possible, coupled with a format that would still provide a great quality image later on.

I feel that anything of value is worth some effort. Many places of beauty on earth are not easy to get to. They demand something of you. If you want to explore the most extraordinary aboriginal drawings of the Kimberley for instance, you must endure dust and flies and heat before you have the sublime experience of them. In the face of initial doubts and concerns from the play’s director and actors, we remained faithful to our aim which was to make a ‘process’ film. From the outset we filmed in the most unobtrusive way possible and in so doing gained the trust of our subjects. We hoped that ultimately we could show them the immense value of allowing us a glimpse into their private world.

On a more practical note, part of my discussions with a Director involve the decisions of where we are going to place the camera. With Hedda, we had restrictions of where we could be on any given night – some of our own making, some made by the production, some even by New York union regulations. On some occasions we were recording the performance, on others we were with the stage manager in the wings, on others we were in the dressing rooms. Ultimately, these are woven together into the semblance of one or 2 key performances. Also, within the confines of where you can be, there are options of how you choose to move the camera. These choices can be planned, which is most often the case in drama, or more intuitive, as happens in documentary shooting. If you remain in the moment, you are ready for whatever may happen, and can make the crucial split-second decisions you need to make. “Do I follow that?” “Do I let that person leave frame?” “Do I keep rolling?”. All important questions!

After more than 20 years in the film industry, I have learned to trust the magic of the camera and of the pure intention. I have often kept rolling a beat longer than I had planned to, only to receive a beautiful ‘moment from the Gods’ on film. This is our parallel of the actor’s experience. You don’t quite know how it happens, but you remain humble and expectant, and it DOES happen! Watching In the Company of Actors, there are many moments like this for me. I am still awed to witness the forming of a tear in the eye of an actress, to feel the original passion of an interview subject, or to see the subtle interplay of nature and the man-made in Sydney or Brooklyn. I believe these moments transcend all boundaries, and speak to almost every audience member. I’m proud to play a part in bringing these moments to the audience.

Simon Smith
Cinematographer
In the Company of Actors
May 2007