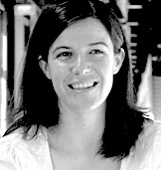 For Shark Island Mary has co-produced PAUL KELLY – STORIES OF ME about singer/ songwriter Paul Kelly and his peers, THE SOLDIER a personal story of a volunteer, and most recently STORIES FROM THE INSIDE, made by the inmates in the maximum security prison youth unit at Port Phillip Prison, Victoria. Mary production managed the short dramas POLLY AND ME and WALL BOY made as part of the ongoing outreach and education campaign around youth homelessness, she was also a line producer and production assistant for THE OASIS, (the feature length documentary about the youth refuge of the same name in Surry Hills, Sydney) and IN THE COMPANY OF ACTORS.

Prior to working at Shark Island Productions Mary had a career as a Stage Manager in the theatre, working mainly in Sydney for Sydney Theatre Company, Belvoir Street Theatre, Force Majeure, Griffin and independent productions including CLOUDSTREET, HEDDA GABLER, MY ZINC BED, WAITING FOR GODOT and A CHEERY SOUL. She was a production coordinator for the Olympic and Paralympic Arts Festivals in 2000 and has lectured in Stage Management at NIDA open Program, the University of Western Sydney and Wesley Institute.